Madeleine is a Sydney based Voice Artist and Production Manager.

Madeleine Levins is a Voice Over Artist based in Sydney, Australia.

Madeleine studied Performing Arts in New York at the Atlantic Acting School and also works as a production manager in Australia’s Commercial, Film and Television Industry.
Her extensive voice over range has seen her work consistently over the past few years. Including major commercial jobs such as Lexus, Starbucks and Streets Magnum, as well as animated features such as ‘Mia & Me – The Hero of Centopia’, due for release in 2021. Madeleine is the narrator for Turia Pitt’s latest audiobook, ‘Happy & Other Ridiculous Aspirations’.
Madeleine is currently also the promo voice for MTV, Nickelodeon, Nick Jnr, Comedy Channel and BBC UKTV NZ. 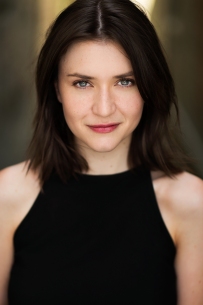